Saving an extra coin can be a healthy habit for most people. For this reason, many people seek ways of minimizing their power consumption. But one may wonder, is there any other benefit of conserving energy?

Consider this: Hydrate Factory bottles have a stainless-steel double wall with a vacuum in between. This feature helps to keep hot beverages hot or cold ones cold. Eventually, this means that instead of heating beverages every time you need to have a drink, all you may need is a bottle that can keep it hot for hours. The question, now comes; are there other benefits of conserving energy?

Well, the answer is Yeeeess!!!. The efforts of reducing one’s power consumption reduces the overall demand for power. This helps in saving the environment from exploitation, pollution, and degradation. Let’s explore some of the benefits resulting from less energy usage:

Reasons for Cutting Down on the Power Usage

Electricity is obtained from various sources such as; fossil fuels, wind power, hydro, oil, or coal. A large demand for electricity in any country often necessitates exploitation of several alternatives. However, some of these sources are nonrenewable meaning that the more they are used, the less there will be for future generations. Therefore, reducing power consumption saves the environment from exploitation since less fossil fuels are mined.

For electricity to be produced, fossil fuels are burned to aid the process. Burning the fossil fuels leads to the emission of waste gases and other pollutants into the atmosphere. Carbon dioxide, toxic gases, acid rain, and soot are just a few of the pollutants. The effects of this kind of pollution affects vegetation as well as marine life.

Fossil fuels such as oil are mined in oceans and in some cases, there are oil spills result to massive loss of marine life. In some countries, oil is imported by sea which is a risky venture both to human beings and sea life as well.

Over the past few decades, the demand for electricity has been increasing significantly. In order to satisfy this demand, governments and corporations have been coerced to seek alternative sources of energy. One of the most sought-after source of energy in the 21st century is nuclear energy.

It is important for everyone to take up the responsibility of saving power. For those who use Hydrate Factory products to minimize usage of energy in heating and cooling drinks, you can now understand how and why you save the environment. 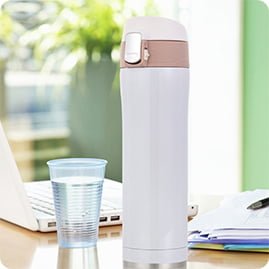